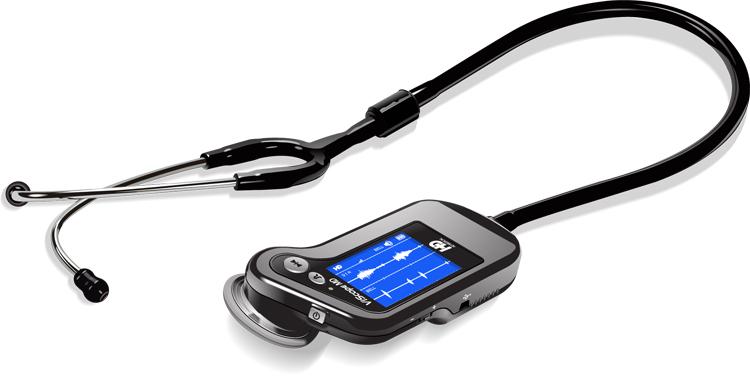 The stethoscope is established as an icon and key diagnostic tool in medical care. For the better part of 200 years it has steadily climbed to have significant symbolic status, as well as saturation in our healthcare system. Some industry experts and medical professionals are beginning to question what the future holds for this device as medical technology advances. Many medical providers put more emphasis on incorporating newer diagnostics into their practice which provide stronger evidence for diagnosis. There is merit to this line of reasoning given the fact that a person can obtain definitive cardiac function testing through non-invasive methods such as echocardiography, where a stethoscope might only reveal clues such as extra valve noises.

Many medical students and residents I have spoken with state that they are simply not getting much emphasis placed on advanced auscultation skills in their training. Much more of it is focused on the use of new technology to develop a differential diagnosis. This is not a local issue to the region where I work, but more reflective of the shifts in nationwide medical education and training. Earlier this year Lenny Bernstein of The Washington Post wrote a piece titled Heart doctors are listening for clues to the future of their stethoscopes. In that piece one statement stands out as to how far the device has fallen from grace with some cardiologists:

“The stethoscope is dead,” said Jagat Narula, a cardiologist and associate dean for global health at the Icahn School of Medicine at Mount Sinai Hospital in New York. “The time for the stethoscope is gone.”

Much of this has to do with the progression of technology, and is reflective of advancements in our diagnostic capabilities. Dianostic tools like pocket ultrasound and the development of otoscope attachments for cell phones makes the progression and miniaturization of medical technology seem exciting and rampant. Making these items cost effective and mass produced to the point where they are obtainable by many practitioners is a different story.

While the stethoscope may change in design and technology I personally do not see it being abandoned as a diagnostic instrument. During the initial exam and assessment of a patient the sounds of the heart, lungs, and other organs offer preliminary clues that can mean the difference between life and death. As healthcare practitioners we may lose some of the finer skills that some of our predecessors had, but the fundamental findings that can be detected with a stethoscope are still just as essential to patient care as ever. For the time being auscultation is not dead.